This is not a rant, really, just a some few things I would like to write down.

When I started into development I've got the great suggestion to use revision control systems, the first one that I ever used was CVS, it really worked well for my own purposes, just had some issues with the sharing-between multiple machines.

Then Subversion was the hot-thing and it was a bit better that Subversion, but still had some of the things that I disliked from CVS.

Then GIT showed up, the projects I was working on required CVS, so I got an early non-official version of git-svn and started working with it, it was great, so many of my problems went away, but it was still under a SVN server.

After that , Github, Bitbucket, Kiln, and the tipping point, everybody switched to the reasonable choice, distributed revision control systems, and I think the best summary for why this approach is better than others, is described by Joel. 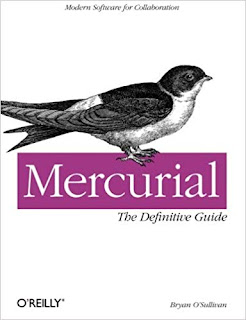 My point is not to tell which tool is technically better, my point is more subjective, I think that Git is still technically the most advanced approach you can have for revision control systems, but it might not be the most simple one to use.

I have used a lot of tools, and among all of them the one that still holds my thumbs up is Mercurial, here some few reasons:
Not too many reasons, rights? that's why I like it, because it just works, no porcelain/plumbing, just the tool. The other tool that goes beyond this is Fossil SCM, but it still needs adoption.

So in the end, my suggestion, if you are using revision control systems and you are unhappy with Git, or you don't know any other tool, give Mercurial a try.