A while ago when I was giving Slackware Linux the first tries I came across this tiny, very functional and very powerful text editor, JED. 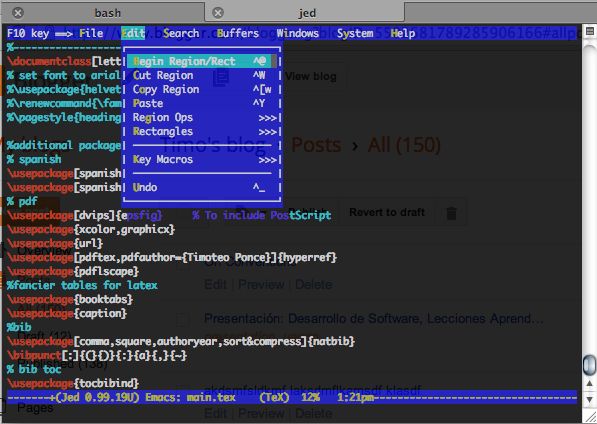 JED is a minimalistic text editor for the shell that emulates Emacs in most of its useful functionality, is not as powerful as Emacs itself but it has just enough for me.

It might not be an IDE, but it's my favorite tool for editing text via SSH, or when I'm doing something small and I just want to do it as fast as I can.
Give it a try, hopefully you will find it useful.
References